The Evolution of Swimwear

A favorite pastime each year for many pool enthusiasts is shopping for a new swimsuit. Swimwear has evolved drastically over the last 100 years, giving both men and women today several styles to choose from. Though styles for both genders have seen changes with time, women’s swimwear has seen the most drastic and most frequent change.

Until the mid-1800s, having an article of clothing used solely for swimming was not an option. That began to change around 1855 when bloomers and black stockings were considered swimwear. It wasn’t for another 50 years that swimsuits would evolve again.1

In 1907 Annette Kellerman, an Australian woman who invented synchronized swimming, created a ladies’ swimsuit that exposed her arms and neckline, as shown in the photo below.2  She was arrested for wearing this suit in public but was later given permission by a judge to wear it as long as she wore a cape to the waterline.  Annette went on to make this bathing suit for other women, calling it The Kellerman bathing suit.3 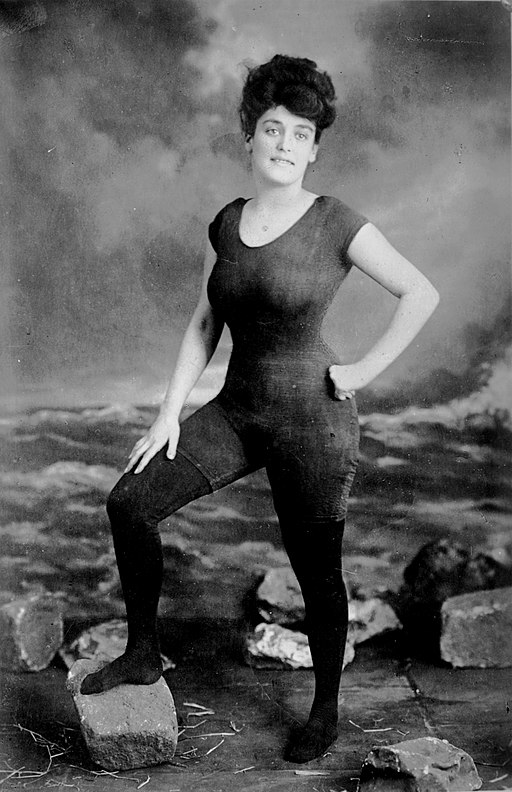 Around 1915, ladies’ swimwear had changed to where they were no longer all black, and arms were allowed to be exposed. A few years later, tank-style suits became available for both men and women.1 When the 1920s rolled in, women were now able to leave the long skirts and stockings behind in place of a one-piece suit, so long as the suit’s skirt met a certain length requirement. By the 1930s these suits changed again giving way to more form-fitting attire with shorter skirts or shorts.2 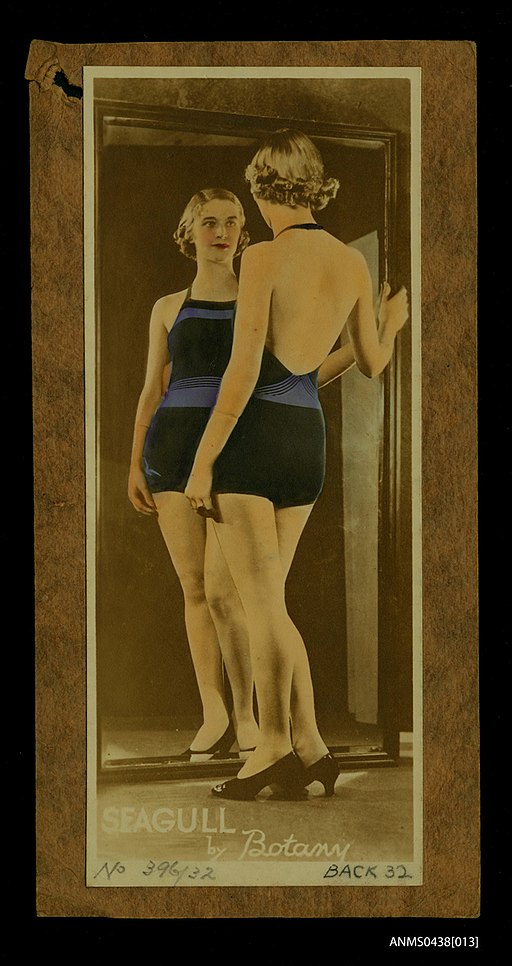 Australian National Maritime Museum on The Commons / No restrictions

When World War II came about in the 1940s, it became necessary to conserve fabric.4  With this new necessity came the next evolution of swimwear: The bikini. Men’s’ swimwear also saw a change with the fabric conservation, resulting in suits that were much shorter and sans tank top. Swim trunks also began seeing popularity during this time.5  In the 1960s, nylon and lycra were introduced and made both one-piece suits and bikinis much more form-fitting.2  California style board shorts became the new fad in men’s swimwear, introducing baggy shorts and bright designs.5

Swimsuit color and variations continued through the 1980s, where loud prints and neon colors became the new fad. By the 1990s swimwear was again changing to introduce a more athletic look. Two-piece suits could now consist of tankinis, shorts, and skirts instead of the classic bikini.2

Today, it seems that you can find a style from nearly any era! Retro is in style, and you can find swimwear similar to ones you would find from the 1950s and on.6  No matter what your swimwear style is, from glam to sporty and everything in between, there’s sure to be a bathing suit that suits your personality and preference. Having such a wide variety of choices gives you just one more way that you can get outdoors and escape to your backyard!

2. A century of swim: the evolution of the swimsuit

4. The History of Swimming Pools 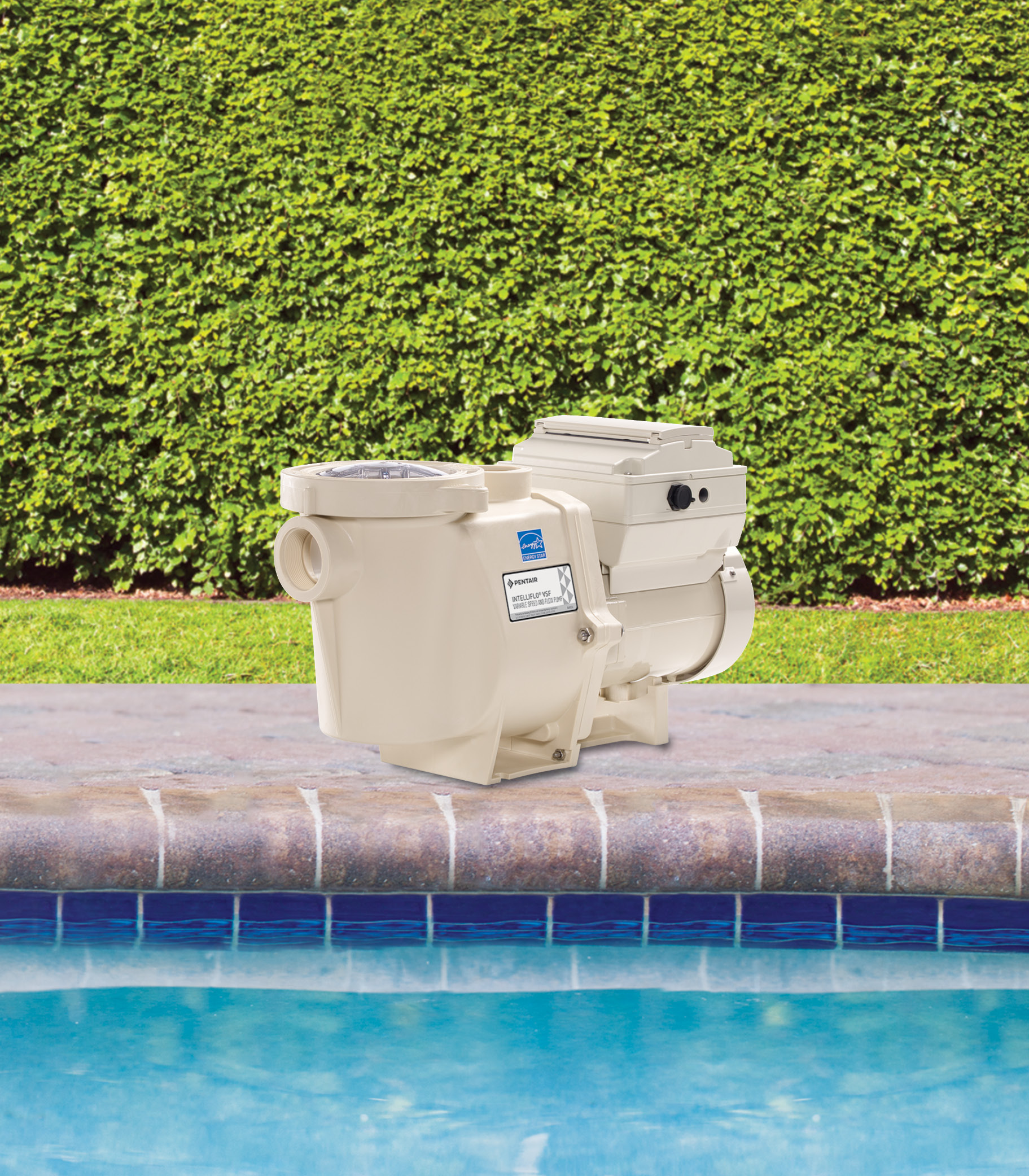 Learn about the new DOE pool pump regulation changes for 2021. Get Informed!